Escape To A Tiny Treasure

4/3 – I took off to my destination at around one o’clock and arrived shortly after four. A quick trip into town to get a few things from the store and I was back at the most adorable tiny home I’ve been in, my first one too. Once settled in I decided to start up a fire. And I ended the first night of my amazing ‘Me Time’ getaway with a few glasses of wine, a nice fire, a pretty sun set, and a smooth cigar.

4/4 – The birds were chirping at sun rise. One of them was a cardinal! It was a pleasant sound, an indication that it was time for me to climb down from my loft bedroom and start some strong coffee. I did just that and proceeded to make me some ham, eggs, and cinnamon toast. After all the coffee was gone I made myself some mimosas. Why not? I was on vacation after all! It was Easter Sunday and I had no plans to leave my tiny home. I’m one who believes if I pay so much a day to be somewhere, I’m going to stay as much as I can and enjoy it! So I hung around and binge watched two of my Chicago shows: Chicago Med and Chicago Fire. That was almost 8 hours of Hulu TV!! I had to take a break and go out to enjoy the beautiful day that was given to us. So I did just that and read some of my book and took in some rays. Dinner time was approaching and it was time to get my Easter dinner ready. I opted to wrap my sweet potato and ham up in aluminum foil and cook it on the fire pit. It turned out wonderful! I had just enough wine left from Saturday to have a glass with my delicious Easter dinner. After dinner I started Chicago PD. I’m all caught up as of the beginning of the season with all three shows now!

4/5 – Last day of the wonderful Tiny Treasure Tiny Home getaway. Same routine with a few small additions. I threw on some clothes and headed into town to the local coffee shop called Brews. The people were so pleasant and helpful in telling me what there was to do in Mt. Sterling, IL. I got my beerbutter latte to go and was off to wait for it…….McDonalds! Yep! McDonalds! I LOVE their biscuits so I bought two fresh biscuits and went back to the tiny home and made my own ham, egg, and cheese biscuit. DELICIOUS!! It went down nicely with a mimosa. And then it was time to clean up all them dishes I dirtied throughout my stay.

The day was still young, a lot could be done yet! So I opted for the 30 minute drive to Siloam Springs State Park for some sunshine, hiking, and feet in the lake. Once I mapped out my trail I was off! I attempted the 1.5 mile trail but I did not do the whole trail. There’s just something about not wanting to get lost in woods I’m not familiar with, so shortly after being 30 min. in, I turned around. My next destination on the last day was to sit at the boat dock with my feet in the lake. Upon my arrival was a scared beautiful dog who lost his owner. And he was very thirsty. So instead of me drinking the water from my Camelbak as I was sitting enjoying the day, I opted to let Chief the dog drink from it to hydrate him. He was super friendly and thankful. I called the number on his tag and the owner’s girlfriend came to get Chief. It was a happy ending! On the way back to the tiny home I stopped at The Corndog Shack and got me a jumbo corndog and a lemon shakeup. I LOVE fair food, unhealthy I know, but so satisfying to have once or maybe twice a year. Once back at the tiny home I ate my fair food yumminess and took in the last day of my wonderful “Me Time’ getaway.

4/6 – Well! They say alll good things must come to an end. And today was that day! I was contemplating staying one more day. But the tiny treasure was already booked out for the whole summer starting at 2pm. I had everything gathered and ready to go except for stuff in the loft bedroom. Easy peasy! Throw stuff in bags and you’re done! I did one last look around to make sure I didn’t leave anything. And then I was off 30 minutes before check out time. Normally I would go straight home. It was a three hour drive after all! But NOPE! I didn’t! I decided to stop at the Abraham Lincoln Presidential Library and Museum in Springfield, IL.

I’ve been wanting to go here ever since they opened! FINALLY! I am so glad that I did. There’s just something about Honest Abe that intrigues me. Is it because he was local? Possibly. Is it because of the legacy he left behind as our 16th President? Probably that too. I took so many pictures. I’ll spare you and only share a few. This way you can go someday and see everything for yourself. You will not be disappointed! After the tour of the museum I wondered over to Cafe Moxo. There, I enjoyed a delicious iced caramel and sea salt drink. Lunch was their Baker’s Mac and Cheese with BBQ pulled pork. YASSSSS! It was divine! That was the last leg of my getaway! It was another hour and a half back to reality. 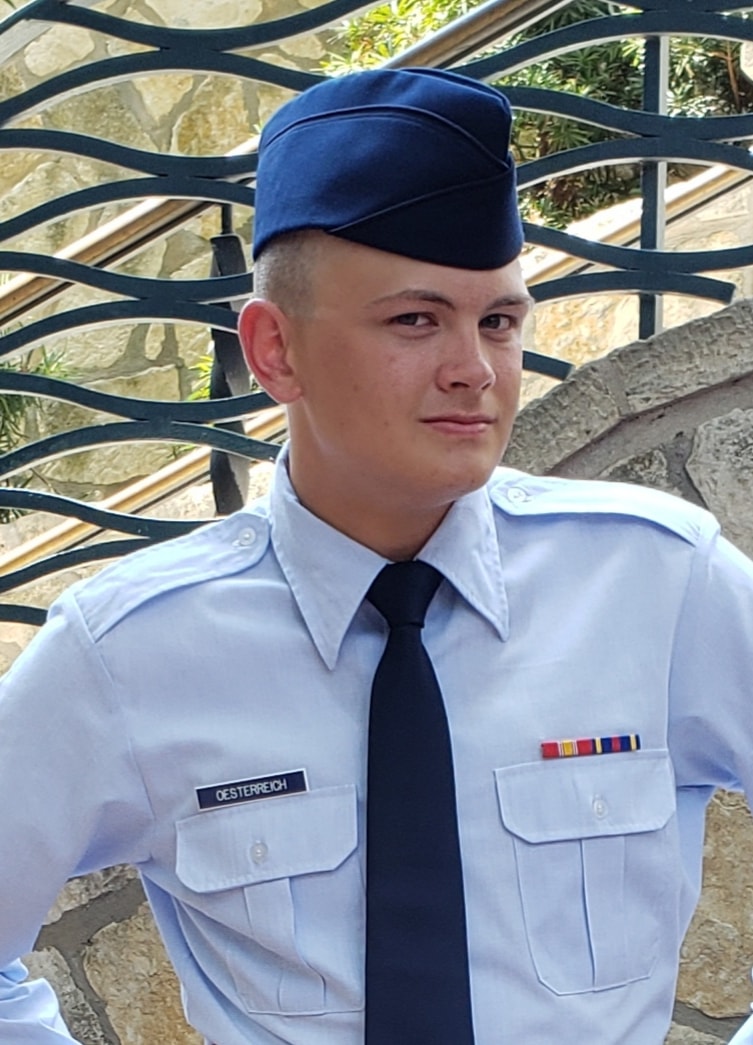 A New Airman in the Oesterreich Family

It’s unfortunate and unbelievable what we as a nation are going through right now. I wish all of you to[...] 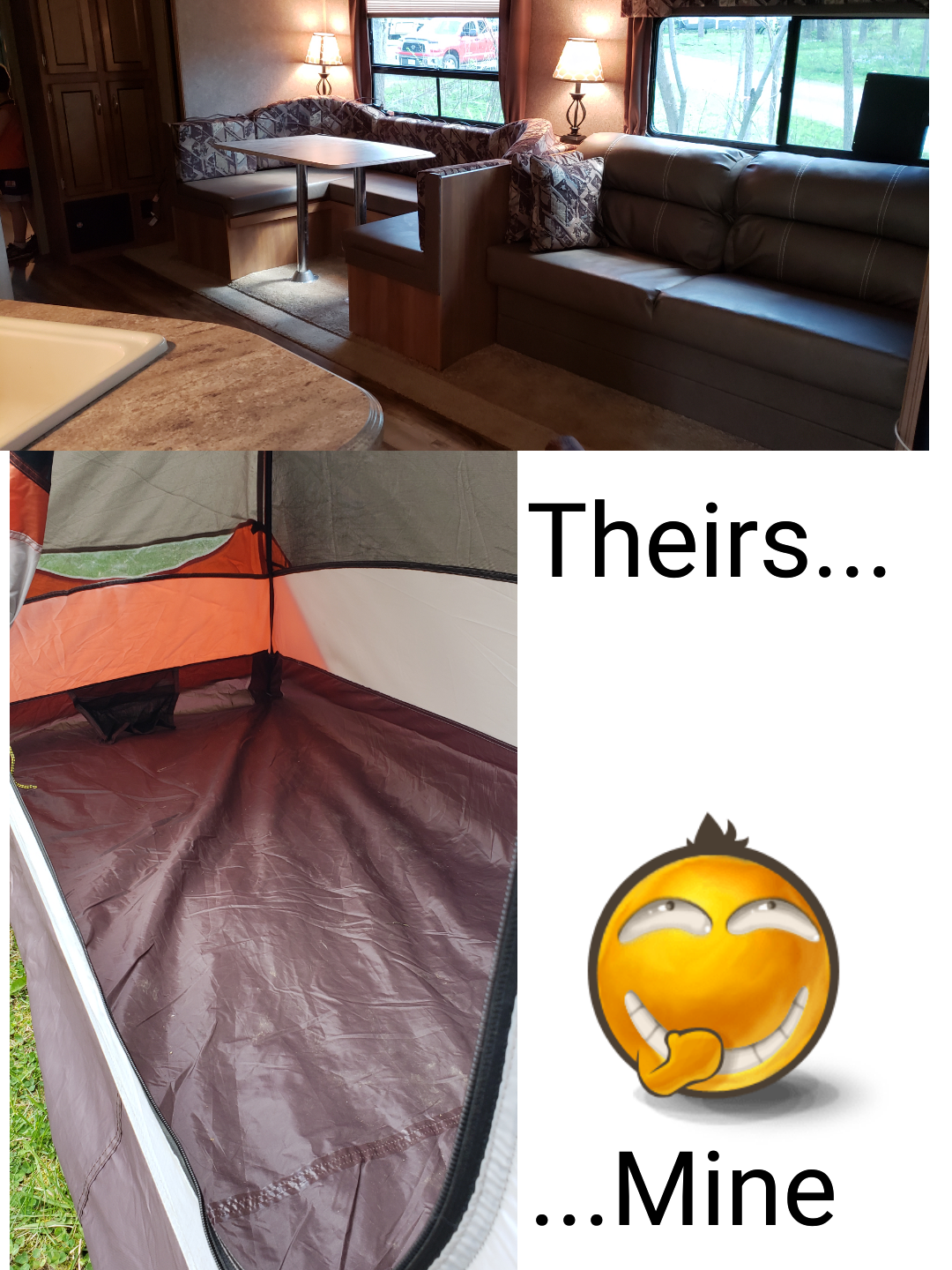 First Camping Trip of the Season

The weekend of May 4th was by far the best weekend in the books this year. Saturday started with a[...]